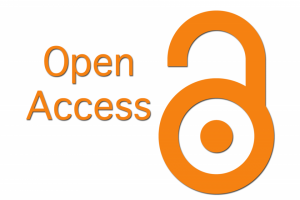 In this essay, I will discuss the potent historical developments of the community college and explain, in the spirit of democracy, why the two-year college open door admission policy remains the hallmark of higher education today.  This will guide the reader to understanding how the historic twentieth century community college, founded by James Bryant Conant (Brint & Karabel, 1989), attributed to the present equalitarian mission of achieving social and civil justice in higher education attainment.

James Bryant Conant, the 23rd president of Harvard University, is considered the father of the junior college movement and attributed to the present equalitarian mission of achieving social justice at the community college level (Brint & Karabel, 1989).  In his classic book Education in a Divided World,  Conant (1948) asserted that “it is the fundamental duty of the country to provide every citizen an equal opportunity to an education up to the 14th grade, in order to thoroughly compete technologically and in science with the Soviet Union for national prosperity” (p.200).  Conant (1948) like Hillway (1958), believed that the democratic principles of the two-year junior college should provide adult education, workforce degrees, and a rigorous general education for students underprepared to enter a four-year institution.  Inevitably, he believed that the two-year college would “relieve the research colleges and universities,” (Conant, 1956, p.58) of nontraditional students entering college after the Second World War and prevent an institutional strain of excessive over-crowding (Hillway, 1958).

In addition, as the former president of Harvard University, Conant’s voice as an ambassadorial advocate for the American Association of Junior Colleges (AAJC) provided an understandable moral argument on the importance of the two-year college. I believe this helped to ignite the junior college movement as an effective postsecondary option with less emphasis on academic traditionalism. Nevertheless, although Conant and the AAJC disagreed on the transfer function as an essential component of the two-year institution (Brint & Karabel, 1989), the solemn relationship between Conant and the AAJC served to operationalize open access as the imperative mission of the junior college movement. Thus, given the distinct institutional purpose, the term “junior” was thereby replaced with the term “community” to reaffirm the democratic duty of serving broader populations regardless of social class, creed, and ethnicity. Thus, community college became the official name used to describe the venerable two-year institution (Hillway, 1958).

Although Conant professed the fundamental role of the two-year college in offering lower division coursework and vocational training to ordinary citizens, he failed to advance the equal significance of the community college in comparison to the research university. As a result, with respect to the American college structure, the community college became associated with being subordinate to the four-year institution, which heretofore resulted in an unduly hierarchal educational structure (Palinchak, 1973). Consequently, this controversial standing suggested that the democratizing open access community college was second best in stature (Zwerling, 1976).  Given this misconception, Cohen and Brawer (1996), posited that the two-year college is not an inferior institution, but instead a student-centered institution that has produced an inclusive campus environment that is often viewed as righting the historical struggles relative to ethnic and gender inequities. Furthermore, from a justice perspective, the open-door college is a much-needed institution that looks beyond family background, socioeconomic demographics, and admits students that otherwise would not have access to postsecondary learning opportunities (Cohen & Brawer, 1996; Shannon & Smith, 2006).

Democratizing Mission of the Community College

American community colleges represent over 42% of all higher education institutions in the United States, and serve 13 million of the undergraduate student population (American Association of Community Colleges, 2013). Moreover, they serve a disproportionally ethnically and culturally diverse student body that is often identified as low income, first generation, single parent, freshman, non-traditional aged, and work either full-time or part-time while enrolled (Shannon & Smith, 2006). The low tuition cost, open access, and close proximity to family and neighborhood communities are also among the reasons why first-year and first time in college students (FTIC) choose to enroll at a community college as their initial choice for postsecondary training  (Cohen & Brawer, 2003).

Therefore, it is not surprising to learn that the two-year college is a major point of entry for many diverse and international student populations seeking higher education. Essentially, this enrollment trend facilitates a self-help behavior that is potentially linked to the open access policy. However, presently there is no resolve with reference to the fundamental question frequently directed at community colleges-specifically: “Is the open door access policy a gateway or impasse to higher education completion?” Although education practitioners frequently express that the community college is “democracy’s open door” to diverse college student populations (Cohen & Brawer, 1996; Griffith & Connor, 1994), whether the open door policy contributes to sustainable student achievement and resilience over time remains a controversial question (Brint & Karabel, 1989).

In response to the aforementioned discourse, educators and researchers must first understand conceptually what the open door is supposed to mean to the general education community and the estimated 40% of undergraduate students enrolled at the community college level (National Center for Education Statistics, 2010). Open door can be operationally defined or described as the democratizing practice that extends beyond the open admission policy and excludes no one (Rhoades & Valadez, 1996). In addition, as a result of the open door access, Rhoades and Valadez (1996) explain that over time the enrollment opportunity should empower and prepare students to participate in “various economic, political, and social institutions” (p. 34).  In this regard, one could conclude that vocational training in a high need field or associate degree completion, particularly in science, technology, engineering, and math (STEM) related areas, may provide potential economic and vocational opportunities that a non-college student would not have.

Dougherty (1994), an outspoken critic of the community college open door structure, argues that the community college overemphasizes remedial, vocational, and technical oriented programs, which can hinder student persistence; particularly for students labeled at-risk. As a result, this may produce what Clark (1960) invoked as a cooling out effect—the displacement or restraint of students’ academic aspirations. From a motivational perspective, this concept suggests that a student enrolled at a 2-year college is at risk of not transferring to complete a baccalaureate program in comparison to a student starting at a 4-year institution.  In sum, the cooling out attitude detracts a student from persisting, thereby making him or her less likely to transfer and graduate with a college degree (Brint & Karabel, 1989).

The problem with the above analysis is threefold.  First, it generalizes that the 4-year versus 2-year degree is the criteria for personal academic success. Second, it implies that the community college is not of equal value or benefit in contrast to the university experience. Third, it suggests that the cooling out behavior is long-standing. Essentially, one should note, that the community college should not be solely measured by the similarities or differences between the two college types or the number of transfer students that enter the baccalaureate pipeline. Therefore, the cooling out stricture is indeed an inaccurate and outworn view of the American community college system that must be refuted intelligently and consistently whenever it presents itself to encourage meaningful dialog.

Another investigator that received wide research attention was Monk-Turner (1995).  In her study on higher education labor market return, community college students were less likely than their four-year counterparts to experience career success because four-year college graduates’ had higher earnings than two-year graduates with an associate degree. However, despite Monk-Turner’s (1995) claim on the predictive relationships between academic degree type and economic return, the comparative weakness of the cost-benefit study to educational attainment gave low salience to inhibiting sociological differences such as family income status, access to pre-employment mentoring, societal inequities, and social capital factors that have historically widened the earning gap and produced unequal income earning trends among ethnic groups.

In response to Monk-Turners controversial conclusion, Harvard trained educational economists, Kane and Rouse (1995, 1999) also investigated the labor market benefits of the associate degree on a cost-to-benefit human capital analysis. They found that low socioeconomic status (SES) students that enrolled at the community college with a high school diploma received an opportunity out of poverty despite past economic limitations to financial resources.  On the basis of the human capital investment argument, Kane and Rouse (1995) asserted:

A simple cost-to-benefit analysis shows that, for over 30 years the community college student who completes even one semester will earn more than enough to compensate him for the cost of schooling. Second there is an option value to college entry if students are able to gain more information about the costs and benefits of further investments. When one is uncertain about the prospects of completing college before entry, there will be a value attached to enrolling in order to discover if one is college material.  (p. 611)

Clearly, Kane and Rouse provide an intriguing analysis that makes a strong case for the economic benefits of enrolling in a two-year college for multiple semesters and/or completing an associate degree. More recently, Belfield & Bailey (2011) found that the labor market return for an Associate of Science or Associate of Applied Science degree in a STEM field potentially produced higher labor market outcomes. These results give credence to Boggs’ (2012) contention that “community colleges play an essential role in preparing the nation’s workforce” (p. 37).

Community colleges’ commitment to educating ordinary citizens is a distinct postsecondary development and undoubtedly makes them the hallmark of higher education. From this point of view, the two-year college successfully creates possibilities and not obstacles for students seeking higher learning. Although community college leaders and their constituents recognize the challenges of reducing high student attrition, they remain committed to preserving enrollment flexibility so students can enroll on their own terms. For instance, a nontraditional aged adult can enroll in a short or long-term workforce degree or certificate program to either increase wages or enhance job skills with no further enrollment obligation.  Likewise, a reverse transfer student may take summer courses at the community college and return to their home university in the subsequent semester. Thus, community colleges are fundamentally multi-mission institutions that have the ability to deliver higher learning on demand, despite reduced state funding, rising enrollment, and higher accountability based standards.

For example, when assessing the paradigmatic effectiveness of two-year colleges and the qualitative experiences of enrolled students, it’s unwise to solely focus on why students leave before completing a degree as a dominate research topic.  Instead, to understand the contributory institutional variables that impact persistence, greater longitudinal attention should focus on students that persist until associate degree completion or/and transfer to a four-year institution, despite repressive obstacles or personal barriers. Doing so will unravel the subjective realities faced by a robust number of students that choose to enroll at the two-year college. Such realities will demonstrate that to dismantle the flexible open door structure is to block the much-needed door of opportunity for the next generation of new college age students. And to ignore this fact is to nullify rather than endorse our distinct egalitarian doctrine of access for all rather than a selective few.

This essay has attempted to endorse the importance of the community college mission and to spark discussion on the impact that the two-year college has had upon student success and influencing self-actualization.  Thus, student services practitioners and faculty members at two-and four-year colleges are encouraged to appropriately build on this discussion by addressing student development and retention areas regarding:

Monk-Turner, E. (1995). Factors shaping the probability of community vs. 4- year college entrance and

About the Author
Charlene Adams-Mahaley, Ed.D., is an independent college admissions counselor and consultant. Her primary fields of interest are identity and stratification theory, social inequality, and college retention. Adams-Mahaley is currently working on a college admissions planning handbook for high school students and parents.

The ideas expressed in this article are not necessarily those of the Developments editorial board or those of ACPA members or the ACPA Governing Board, Leadership, or International Office Staff.